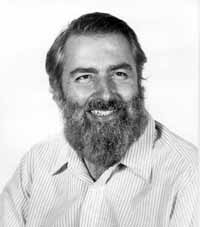 Rest in Peace, John Selfridge.  You will be missed.
Posted by Jon Grantham at 2:44 PM No comments:

A preprint appeared on the math arXiv this week entitled, "Le plus grand facteur premier de la fonction de Landau."  I think that translates as, "The largest prime factor of Landau's function."  Landau's function is the maximal order of Sn (the symmetric group on n elements).  The first paper I ever published was The Largest Prime Divisor of the Maximal Order of an Element of Sn.

So this new paper is interesting to me.  My paper is reference 7.  I'm mentioned 3 times in the body of the text.  Here are the mentions, as rendered by Google Translate:

I think the last one needs a little work.  I'll have to sit down when I have time to read a 40-page paper in French and figure out what's going on.

But anyway, not only do I have a problem, I also have a method.  Cool.
Posted by Jon Grantham at 3:52 PM No comments:

One of my projects for this year is to finish a paper that Red Alford and I started where we show the existence of Carmichael numbers with exactly k prime factors for a wide range of k.  Red passed away 7 years ago, so I think it's about time I get this paper out of the door.

Anyway, I recently received a request for information about the technique Red and I used.  I realized that I never put any of my talks about this technique on-line, so I uploaded a talk I gave in 2003 at the Hugh Williams conference in Banff.
Posted by Jon Grantham at 2:46 PM No comments:

My article on the infinitude of Perrin pseudoprimes has now been published on-line.  Paper publication to follow.


"Please note access to the full text of this article will depend on your personal or institutional entitlements."

Posted by Jon Grantham at 9:02 AM No comments:

The Journal of Number theory has asked me to add keywords to the paper.  I also added them to my own copy, the updated version of which is available on Google Docs.
Posted by Jon Grantham at 4:44 PM No comments:

This blog has moved


This blog is now located at http://math.pseudoprime.com/.
You will be automatically redirected in 30 seconds, or you may click here.

Posted by Jon Grantham at 8:20 AM No comments:

Yet another new version of the paper

I got the proofs back from the Journal of Number Theory, and they made a few minor changes (mostly capitalization and such).  I'm having trouble ftp'ing to pseudoprime.com, so you can find the latest versions here on Google Docs.
Posted by Jon Grantham at 5:57 PM No comments: